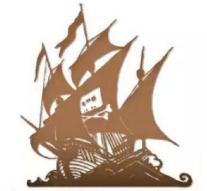 karlsruhe - If a child home illegal songs, games or offers movies, parents are liable. They have to pay, or give any child is guilty. That has given the highest court in Germany.

The case was brought by a representative of the singer Rihanna. Her album Loud was sold illegally in 2011 from a house in Munich, where a father, a mother and their three adult children lived. The record company had their IP addresses, killing over 3,500 euros in damages.

The parents said they knew nothing. But they are responsible for the use of their connection, lower courts ruled. And the highest court was Thursday agree.

'' The owner of a connection is not required to keep track of the Internet and others to ensure that computer software for file sharing. But if the owner of a connection with an investigation which hears family has gone wrong, he has to reveal the name of the person in order to avoid self-incrimination, '' says the Bundesgerichtshof.