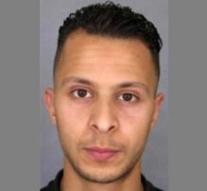 paris - According to the guards of the Fleury-Mérogi prison, Salah Abdeslam is in bad condition. Fearing that the terrorist suspect suicides, he gets a little more freedom.

The only remaining member of the suicide command that struck on November 13, 2015 in Paris, is France's best protected prisoner. 28-year-old Salah Abdeslam is being watched 24/7 with video cameras. For several months, however, he, according to his guards, has been irritated, paranoia and depressed behavior. The prison administration and the Public Prosecutor have decided together to alleviate his strict regime.

At the request of his mother, those who visit him, currently only his close family, are no longer allowed to sit behind the table. Abdeslam will be filed after each visit. In the coming days, the eclipse plexiglass plate for the cellular window is also removed, so that he can truly see the outside world.

Contact with other prisoners remains strictly prohibited. Justice does not want him to send or collect information through fellow prisoners, and is afraid he wants to convert them. He is allowed to walk for an hour in the morning and at night, but practically barely outside.

Justice is terrified that Abdeslam commits suicide, and thus can not account for its actions. Although he has been silent about the attacks in all languages. He scolds on his guards by his cell door or through the surveillance cameras. He also spat to the camera when the judge extended his detention through video contact.

According to his former lawyer, the Belgian Franck Berton, the circumstances of his detention are 'terrible' and 'never before applied to a prisoner'. He says the camera surveillance makes Abdeslam crazy.