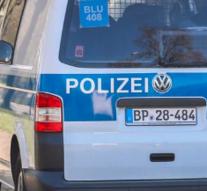 oldenburg - Police and judiciary in Germany are looking for a presumably male gunner who randomly targets coasting trucks and cars.

So far, four cases have been reported about vehicle drivers who have been shot at a motorway in the vicinity of the city of Oldenburg. Miraculously, nobody was hurt.

The most recent incident occurred last Tuesday evening, when a 60-year-old truck driver on the German A28 suddenly discovered a hole in his windshield. At the same time he saw a man walking on a bridge with a gun in his hand, the driver later declared to the police. The possible highway gun disappeared immediately afterwards.