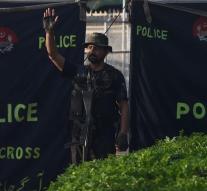 lahore - Pakistan launches a special paramilitary operation in Punjab, in response to the attack on Sunday more than seventy people killed.

The operation in the richest and most populous province of the country gives the government special powers to the army in the fight against Islamic extremists. That have sources within the government and the army told the British news agency Reuters.