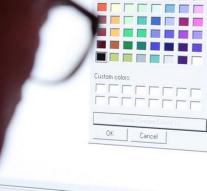 redmond - The Paint program is retained for Microsoft users. Although the program is no longer standard for Windows, it is free to download in the Windows Store, Microsoft reports.

On Monday, Microsoft announced to stop the development of Paint, one of the oldest graphics computer programs. Many users responded disappointed to the news, after which the software company felt forced to bring another message.

'If we learned something after 32 years, Paint has many fans. It's great to see that there is still a lot of love for this reliable old app,' Microsoft said in a blog that adds that Drawing program can also be used in the future. 'Paint stays, it only gets another home, in the Windows Store where it remains available for free.'

For creativity, the Windows Creator Update, which is on the agenda for autumn, also brings a new toy in the form of Paint 3D.