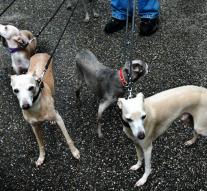 - "Animal rights activists have been shocked in Australia on an experiment in which dogs were resuscitated and slain again. Critics complain Australian media that the animals actually twice been killed."

"The experiment of Monash University was to examine how well hearts can be stored for a transplant if the donor is already deceased. The twelve greyhounds in the trial were suffocated, and their hearts were removed and replaced. Although researchers resuscitating animals, the dogs were later date euthanasia."

"The university has not yet responded. It is not the first time that greyhounds star in a dierenrechtenrel. So leaked last year that screws at the University of Melbourne were placed in the skulls of the animals."