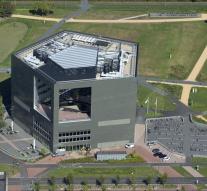 - Despite successful performance agreements between the government and universities want the Association of Dutch Universities (VSNU) other conditions when making new appointments. According to the umbrella organization for the previous arrangements were, in 2012, made under time pressure. Partly because it would have been difficult to get broad support in the universities.

'Universities have in recent years successfully used to improve teaching and student success. Primarily because institutions themselves had the ambition to improve it, 'said VSNU chairman Karl Dittrich Monday. He calls it anyway quite an achievement that the performance agreements are reached with the government.

Universities are they breached Dittrich 'across the full width. The loss of students is reduced, increasing the graduation rates and more teachers have obtained a teaching qualification (BKO). More and more students follow a so-called excellence trajectory, recalls the president.

Performance Agreements must be in accordance with the VSNU also be recorded in a different way because the government on parts has failed to fulfill it. 'We have learned a lot from this process. Future appointments will be made especially in the universities, in consultation with teachers, students and participation, 'said Dittrich.