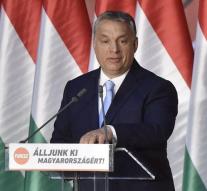 According to Janos Lazar, Chief of Staff, Orbán sends a written request to Jean-Claude Juncker, the President of the European Commission. The Prime Minister would like to receive half of the cost of the measures taken at the border.

Lazar said that Hungary effectively 'protects all European citizens from a flow of illegal migrants' by locking the border with Serbia and Croatia with long fences. He said it is time for the EU to help the Hungarians in the same way as other countries, such as Italy, Greece and Bulgaria

Orbán is in regular contact with the European Commission, the EU's day-to-day governance. For example, the committee earlier this year launched a so-called infringement procedure against Hungary because it refuses to accept asylum seekers from other Member States. This measure had to alleviate pressure on countries such as Greece and Italy.