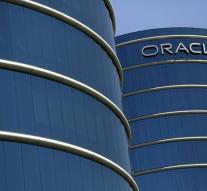 - Oracle must pay 2.7 billion euros for violating a contract to provide software to support the ever promising Itanium chip Hewlett-Packard. That a jury of a particular court in California, reports Bloomberg. Oracle has announced that it will appeal.

In 2012, a judge ruled already that Oracle was contractually obligated to continue developing software for Itanium. Oracle would be agreed in 2010 continued with the support of the chip, but not much later Oracle yet it refused. That cost sales HP, so the jury is now proposing.

'Oracle's decision to discontinue future software development for Itanium server platform in March 2011 was clearly a breach of contract, which HP and our customers has inflicted considerable damage, '' Hewlett Packard Enterprise informed in a statement.


Of the Itanium chip, which HP and Intel jointly developed in 2001, once said that that would be ubiquitous in the computer industry. He managed the processor, however, not to be arrested industry wide, which HP and Intel reduced their investment in it.