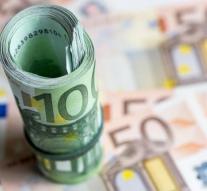 The total spending of advertisers in the first half of 2015 were approximately equal to the first half of last year. This was because traditional media like radio, TV and print their advertising revenues fall saw. "The growth of online advertering therefore has a downside for the traditional channels. With the rise of on-demand video content also shifts a portion of the original TV budget to online advertising", said Deloitte, which conducted the study commissioned by IAB Netherlands.

That is the trade association for digital marketing. Video advertising and mobile spending showed the largest growth rates, respectively 26 percent and 54 percent. The advertising through social media is a & quot; big flight '' says Deloitte.