Home / World / One lets toddler sleep outside during Irma 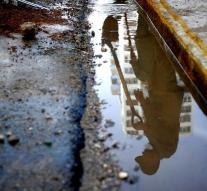 jasper - The US police arrested a man who left a toddler while approaching Irma.

The suspect from northern Florida was presumably under the influence of liquor or drugs, reported local media. He thus forgot about where the child remained.

The girl's mother called the emergency services on Sunday evening because her child had disappeared. A passerby found the nineteen month old girl in the garden of a nearby house in the town of Jasper the next morning. A search by the police had previously failed.

According to the local sheriff, the toddler spent all night in the wind and rain. The child literally saw blue from the cold and was transferred to the hospital. Agents arrested the 36-year-old man, allegedly the father, on suspicion of child abuse.