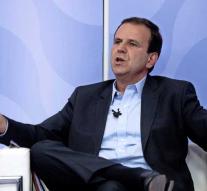 lead - Dutch tax consultants and trust companies are suspected of being involved in a gigantic Brazilian corruption case. This appears from research by the FIOD tax investigation service.

The FIOD searched six buildings and houses on Tuesday morning and arrested a 48-year-old man from the vicinity of Leiden, suspected of being involved in the fraud. This confirms spokesperson Adriaan Ros of the investigative service. The spokesman does not want to say whether the suspect has a Dutch or a Brazilian passport, because the investigation is still in full swing. 'We do not exclude the possibility that more suspects will be arrested,' says Ros.