Home / World / One drinks much longer than thought 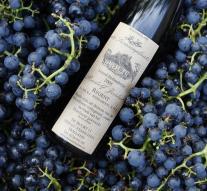 palermo - Researchers have discovered traces of about 6000 years old in a cave in Sicily. Wine traces were found on the bottom of terracotta jars. The finding indicates the oldest wine in the world.

Scientists conclude that wine was already made and drunk at that time. The finding keeps wine consumption more than 2800 years back in time. So far, it has been assumed that the wine was made about 1200 BC in the present Italy.

The finding was done by employees of the University of South Florida, writes The Guardian on Wednesday.