Home / World / OM: no link between imam and attacks Belgium 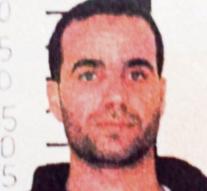 brussels - The Belgian Public Prosecutor's Office has no evidence that there is a link between the imam that the brain would be behind in Barcelona and Cambrils and the attacks in Brussels in March 2016.

However, the federal parquet confirms that Imam Abdelbaki Es Satty stayed in Belgium for several months prior to last year's attacks.

The imam, who came to life on a Wednesday in an explosion in a house in Alcanar, was in Vilvoorde between January and March 2016. He tried to work in a mosque in vain. Vilvoorde came earlier in the news because from that place above Brussels there were going to fight relatively many people in Syria.

The federal parquet did last week open an investigation into the attack in Barcelona because one of the deceased victims came from Belgium. This was especially the case for facilitating cooperation with the Spanish authorities and the exchange of information.

The Spanish judiciary investigates which contacts had the imam living in Ripoll with jihadist organizations.