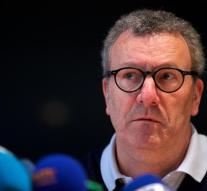 brussels - The Public Prosecutor's Office in Brussels is launching an investigation into the affair surrounding a homeless organization through which mayor Yvan Mayeur resigned. The investigation must indicate whether crimes have been committed.

The socialist mayor vacated the field on Thursday after revealing that he received 1400 euros gross per month for his administrative work at the shelter, called Samusocial. He received that money for meetings that were unclear or actually took place.

Other members of the French-speaking Party Socialists are also involved in the issue which caused a wave of indignation in Belgium. The Brussels Parliament decided to set up a committee of inquiry this week.