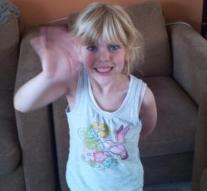 hoogeveen - The Prosecution does further research into the role of the mother in the death of eight-year Sharleyne Hoogeveen. She arrived in 2015 under suspicious circumstances life. However, the prosecutor in question currently sees no reason to hold the mother, says the OM Friday.

There are examinations of the findings which have been introduced by counsel for the father of Sharleyne. The father opposed the non-prosecution of the mother and complained about it successfully to the court in Leeuwarden.

Sharleyne came in June 2015 to life after an overnight fall from the tenth floor of a building in Hoogeveen. Never has been established that the girl fell, jumped or thrown. There are no tracks in or around the apartment found that indicate the presence of other people when she fell. Based on witness statements is been established that the mother immediately after the fall, was in the gallery.