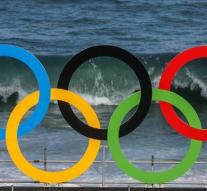 new york - Chipmaker Intel is working with the International Olympic Committee. Intel wants to use drones, live virtual reality and 360 degree cameras to portray the sports.

The cooperation will begin at the coming winter games, held in February in the South Korean Pyeongchang. Also on the summer games of Tokyo in 2020 and the winter games in Beijing in 2022, Intel and the IOC work together. The deal will be valid until 2024 in Paris or Los Angeles in any case.

Intel will use its 5G platforms for the Olympic Games. In addition, the games are live live in virtual reality. Intel drones can give light shows in the air. With 360 degree cameras, viewers can decide what they see and how they see it.