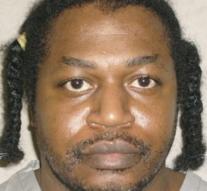 - The US state of Oklahoma has used the wrong way in January in the execution of the murderer Charles Warner. Instead of potassium chloride, that the heart stops, potassium acetate was injected. Writes the newspaper The Oklahoman.

The chloride is described in the execution of the protocol state. Warner said, during the application of the injection of acetate which was his body in a fire.

Last week suspended the governor of Oklahoma at the last moment the execution of Richard Glossip on to examine whether the death penalty is carried out in accordance with federal regulations. Justice in the state declined Thursday to comment on the newspaper report.