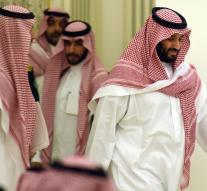 - Saudi Arabia cuts because of the depressed price of oil sharply in the salaries of ministers. Officials also go out backwards in an attempt to adjust the budget of the government to lower oil prices.

It is the first limitation of salaries of public servants in decades. Bonuses and allowances disappear for thousands of civil servants.

The overall operation is one of the toughest in the recent history of oil empire Saudi Arabia.

The price of oil circling around $ 47 per barrel of 159 liters. It was mid-2008, $ 140 per barrel. Saudi Arabia applies its spending on this new oil to. The surgeries are broadcast on television.

Saudi Arabia is struggling with a budget deficit of $ 100 billion now.