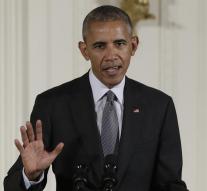 - President Obama has vetoed a bill that would make it possible for survivors of the terrorist attacks on 9/11 to sue Saudi Arabia.

Survivors had here at the Congress urged by stories about Saudi Arabia would be complicit in acts of terrorism.

The expectation is that Congress will try to vote away the veto. That would be the first time in two installments of Obama.