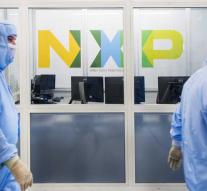 - The Dutch NXP Semiconductors Wednesday received an award for his efforts against modern slavery. The Thomson Reuters Foundation presented the Stop Slavery Award for the first time. NXP to share the prize with the Hewlett Packard Enterprise.

Ten companies were nominated for the award, including Apple and Tesco. Guest workers from NXP can not deliver on employment intermediaries their identity. NXP also pay all costs for them, including transportation, and provides lockers. That prevents the workers are at the mercy of the whims of others.

NXP and Hewlett Packard have include a statue by artist Anish Kapoor. NXP has about 44 000 people in more than 35 countries in service.