Home / World / NVWA scratches back to statement topman about eggs 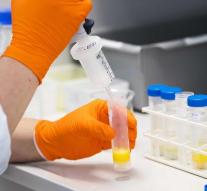 amsterdam - The Dutch Food and Welfare Authority recalls the statement made by Freek van Zoeren of the NVWA on Tuesday evening in Nieuwsuur.

'If anyone says, now that I can live without eating an egg until sunday, I would recommend that,' said the deputy inspector-general of the service. A spokesperson for the NVWA said Wednesday against Omroep Gelderland that the topman only meant the eggs that had a suspicious code. 'Mr. Zoeren did not care about all the eggs. It was only about eggs of companies with the codes communicated by us, 'said the spokesman.

Poultry farmers are displeased about the statements by Freek van Zoeren and his suggestion for the time being to be reluctant to eat eggs. According to Eric Hubers of the Farming and Horticultural Organization of Poultry, LTO, this warning is 'terrible and totally unnecessary.'

On the NVWA website it is still stated that consumers can eat eggs, if the code on the eggs but does not match the list of the NVWA with contaminated eggs. Of these eggs, the inspection has already concluded that they contain too high levels of fipronil.

READ ALSO: How safe are foods with 'wrong eggs'?