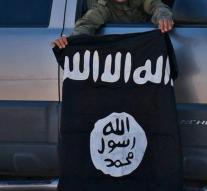 washington - The number of terrorist attacks worldwide and the number of deaths dropped by 2016 for the second year in a row. This was mainly due to fewer attacks in Afghanistan, Syria, Nigeria, Pakistan and Yemen, the US Department of Foreign Affairs reported Wednesday.

The total number of terrorist attacks in 2016 dropped 9 percent compared to 2015, while the number of fatal casualties decreased by 13 percent, according to the report on global terrorism from the Ministry.

The militant group of Islamic State (IS) was the deadliest terrorist movement last year. IS committed 20 percent more attacks in Iraq and caused 69 percent more deaths in that country compared to 2015.

The data show that there were a total of 11 072 terrorist attacks worldwide last year, resulting in more than 25 600 deaths. Of those killed, 6700 were the perpetrators of the attacks.