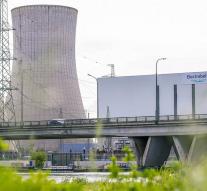 brussels - The Belgian nuclear reactors Doel 3 and Tihange 2 can be started again. The Federal Agency for Nuclear Control (FANC) operator Electrabel has given permission.

The two ' cracks stations ' were silent for a long time because there was some uncertainty about safety. The first time irregularities were discovered, was the summer of 2012. Then came during maintenance " thousands error indications " in the steel walls of the reactor vessels to light.

Experts from the nuclear watchdog have now determined that so-called hydrogen flakes in the walls of the reactor vessels no " unacceptable " affect the safety of the reactors. The plants, which lie close to the Dutch border, is expected to be launched in a few weeks.