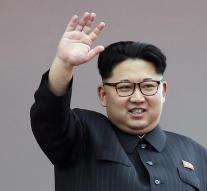 pyongyang - The internet is flooded with reports about North Korea, ranging from nuclear tests to the health of the great leader Kim Jong-un. The contribution of the country to the Internet proves remarkably poor. North Korea has no more than 28 websites.

The list of domains leaked from an error with a known name server that translates domain names into IP addresses. Most sites belong to public bodies, such as cultural relations and maritime agency. Even state media as the Pyongyang Broadcasting Service and the party newspaper Rodong Sinmun have one. Further, the state carrier Air Koryo has a site and there is an internet place to view North Korean films and recipes.

Experts have also seen that the sites do not contain important information. There are still some sites but which are accessible only to a handful of privileged North Koreans have access to the closed North Korean Internet version, according to The Guardian.