Home / Tech / Nokia is working on smartphones and tablets 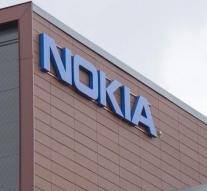 - Nokia made known last May to return to producing phones. Nokia CEO Mike Wang has now announced that reveal the end of 2016 or early 2017 is expected three to four Android smartphones and tablets.

In 2013, the mobile arm of Nokia was sold to Microsoft. Part of the agreement was that the company three years no smartphones could release more under its own name, but the agreement expires end of 2016.

The Finnish company HMD Global, founded by former Nokia leaders, the license has to be able to bring out new smartphones under the name Nokia. It is rumored that worked on two high-end devices with a focus on good cameras.