Home / World / No wake up prices for flights from Florida 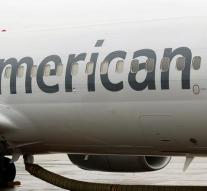 miami - Some airlines in the US have promised to flee people in Florida who want to flee out of fear of Hurricane Irma. The hurricane is expected at the weekend in southeastern Florida.

From the coast, many people are leaving the country at the request of the government. Many, however, would like to go far further and book 'last minutes' to destinations that do not suffer from hurricanes. According to the Miami Herald, those tickets are becoming more expensive, up to $ 3000 (2500 euros), per person per flight from Florida.

Airlines JetBlue and American Airlines have promised not to participate. The companies ask people who want to leave Florida for a single trip, 99 dollars. Offers are valid for the following days for flights until 14 September.