Home / World / No view on drug problem in tbs clinics 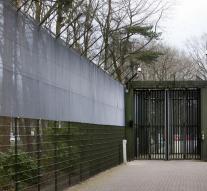 the hague - TBS clinics need to do more work to combat drugs and to gain insight into the issues. The management of the clinics has 'no concrete picture' of the drug problem in its own facility. The Security and Justice Inspectorate concludes that a report on smuggling was published on Tuesday.

According to the inspection, insufficient use is made of the information that the clinics can get from the results of urinary checks. The data is often incomplete. Also, several clinics do not know what inspections of rooms are. The number of room checks is sometimes 'considerably lower' than planned.

The inspection also found that the clinics have invested in the fight against smuggling in recent years. Previously, it was sometimes possible for tbs to go uncontrolled, via a route other than the main entrance. That has now been rectified.