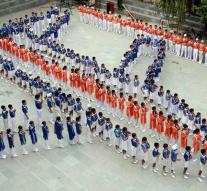 - The search for a missing aircraft of the Indian Air Force with 29 people on board yet produced nothing after two days.

The device disappeared Friday when it flew into heavy weather over the Bay of Bengal. Immediately afterwards a great search was initiated which sixteen ships, a submarine and join six aircraft.

The plane issued no distress call, said a spokesman for the Air Force. The device, of the type AN32 Russian-made, made Friday a routine flight to Port Blair with stock for remote islands in the gulf and was taken off in the city of Chennai.


Besides soldiers were also relatives of soldiers stationed on the islands in the plane.