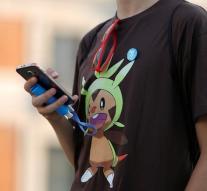 - No Pokemon Go for nearly 3,000 convicted sex offenders in the state of New York which are conditional on the loose. They may not play the popular smartphone game in order to prevent them from harassing children who are engaged in Pokemon Go.

Governor Andrew Cuomo of New York approached software developer Niantic to help prevent sex offenders can still play the game. At Pokemon Go is the intention to seek the virtual Pokemon characters in the real world.

According to the authorities, sex offenders through the game where kids have to stop, or they may lure children into an unsafe place. A shockingly agreement would be between the goals of the game and where such offenders live.