Home / World / No penalty for shooting at Bandidos members 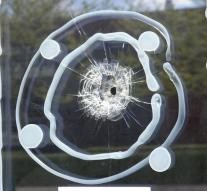 maastricht - The 57-year-old man from Kerkrade almost two years ago by members of Bandidos motorcycle lap, was acquitted of all legal proceedings. He acted in self-defense, the Limburg court ruled Friday.

The man, owner of Dug Out bar in Sittard, shot from the window of Bandidos members on May 7, 2015 was his tavern fighting. Three people were outside severely beaten by members of the motorcycle gang, the pub owner saw. He grabbed a loaded gun and then shot towards the slugfest.

The court ruled that the man was therefore a big risk, he could hit people. ' Shooting at a crowd of people is not permitted and could cost lives. '' However: ' The court considers it likely that the suspect was overcome by intense emotions and that's why he has not fired a warning shot in the right way. That means the defendant can not be criticized in this case that he did not act correctly. Therefore, the court dismisses the accused from prosecution. ''