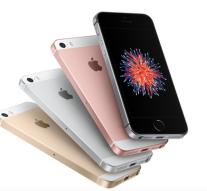 - It comes in the second quarter of 2017 is not a successor to the iPhone SE, smaller iPhone that Apple introduced in March this year. That says market analyst Ming-Chi Kuo of KGI.

According to Kuo, Apple wants to avoid that sales of a new SE will get in the way of sales of the new model of the company, it is likely to launch in September. The 'iPhone 8' will have a completely new design according to rumors, after Apple with the 6 6s and 7 stuck to almost the same appearance.

It is not said that simultaneously with the iPhone 8 also opens a new, smaller iPhone. Kuo currently focuses its report only in the second quarter of next year.