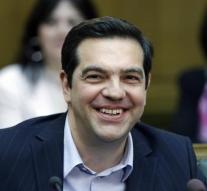 athens - The Greek parliament late Thursday approved an amendment to the electoral law. The biggest change is that the party that wins the most votes will no longer receive a bonus of fifty seats.

Prime Minister Alexis Tsipras wanted the amendment already take effect in the next election, but this proposal did not get the required two-thirds majority.

According to the rules that were first implemented in May 2012 will receive the party that wins the most votes in the elections for 250 seats, extra fifty seats. The advantage must increase the stability of governments.


In the last elections Tsipras benefited with his Syriza party of bonus seats. Now the conservative New Democracy is ahead in the polls. The next parliamentary elections are still held under the old rules, are scheduled in September 2019.