Home / World / No internet censorship in China at G20 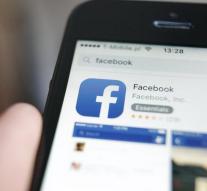 hangzhou - China Journalists in the economic summit of the G20 in Hangzhou lifted restrictions on Internet communication. Suddenly there was trouble accessing sites not normally accessible in the People's Republic, such as Facebook, Twitter and Google.

Outside the G20 press center barriers are maintained as usual. China blocks Internet access to many foreign media and websites. On the Chinese Internet messages are seen, quickly removed as critical of the government.