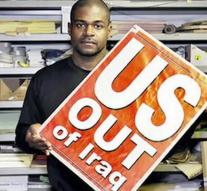 - A US soldier who deserted because he did not want again to Iraq, has no right to asylum in Germany. André Shepherd Thursday got a negative response from the administrative court in Munich, where he had brought an action against the rejection of his application by the immigration authorities.

Shepherd, now 39, defected in 2007. He walked away with a US foothold in Bavaria, because he 'did not want to participate in US war crimes in Iraq. 'But according to the court he has other options to ensure that he would be left unused involved in such crimes. For example, he can ask for a transfer or to submit his resignation. Instead, he extended twice his contract. The soldier claimed that he had signed because he had received assurances from an officer that he would not even have to go to Iraq.

An organization that assists the military, called the verdict biased and announced an appeal.