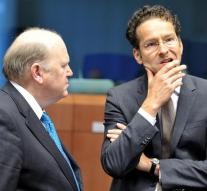 - Britain will be able to get full access to the free market and non-EU member, unless it opens its labor market for people from the European Union. That prediction comes from the Irish Finance Minister Michael Noonan.

The ruling Noonan is a response to a column by Boris Johnson, former Mayor of London and one of the most famous faces of the Brexit camp. Who wrote Sunday that Britain will retain full access to the free market as the country emerges, without being required to provide anything in return.