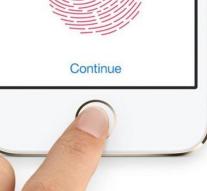 seoul - The following iPhone probably will not get a fingerprint scanner anymore. According to the generally well-analyzed Ming-Chi Kuo analyst, Apple now uses alternatives as face recognition. The iPhone 8, as the device may be called, does not have a physical Touch ID button and a virtual fingerprint scanner is not feasible yet, writes StreetInsider.

Because the fingerprint scanner is still critical for, among other things, verifying Apple Pay payments, Apple has to come up with an alternative. According to Kuo, the company has found a solution in the front camera. By stopping a much better lens, accurate face detection is possible.

About iPhone 8, Kuo knows further that the device has an oled screen covering almost the entire front of the iPhone. In addition to the oval-equipped iPhone 8, there are also two new iPhones with an improved version of the existing Retina display. It's probably about the iPhone 7s and the iPhone 7s Plus. Apple usually adds an improved S version of an existing iPhone every year.