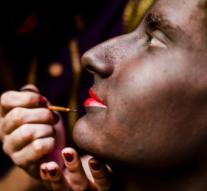 - From 2017, no helpers, will see more in Flanders. This was reported by the Flemish VTM Friday.

Several Flemish channels for children, toy stores, theater organizations and educational institutions in Flanders have signed a so-called 'Piet Pact. Therefore, there will from 2017 no full black body makeup Petes more. The pact is an initiative of the cultural organization deBuren, who wants any reference to black people disappears.

After the commotion in the Netherlands Zwarte Piet and replacements soot sweep helpers Flanders has decided to banish buck. By Piet Pact deBuren wants to show in his own words that 'alternatives are possible and feasible, and that there is a growing support for. '

How the party in Flanders is completed, the organizations may still choose. With or without helpers, soot sweeping helpers, helpers or rainbow makeup free helpers.