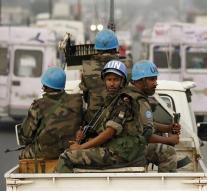 diffa - Nigerian soldiers killed fourteen unarmed civilians by mistake because they thought Boko Haram was the militants of terrorist movement. This happened according to local authorities when they were on patrol in a remote area in south-eastern Niger.

The soldiers walked in an area forbidden for citizens in the village of Abadam when they opened the fire, which later turned out to be a group of farmers. The area around the village is located in an area that has been banned by local authorities for a long time. 'Everyone who is seen there is considered a member of Boko Haram. '

Two victims are from Niger, the rest from neighboring Nigeria. It is not clear what the farmers did in the area.