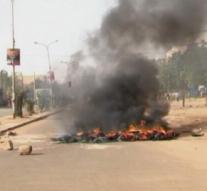 - Police in Niger in the northern region of Agadez found a bus which was packed with explosives and bomonderdelen. Fode Camara Agadez governor said Tuesday that 620 explosives, 41 infections and 310 power lines were hidden in the passenger bus.

Police discovered the load during an inspection. On another police operation six suspects have been arrested. Three cars, a number of firearms, a rocket and military unformen seized. It is not clear whether the picked-up men had something to do with the bus.

Agadez is one of the most used smuggling routes for drugs, weapons and migrants in West Africa. There are many rebel groups active in the region.