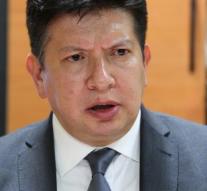 - In Mexico, killed the niece of the President of the Spanish Football Federation. The body of the 36-year-old Maria Villar Galaz was last Thursday found in Toluca, two days after her abduction. She was only identified Tuesday, said the Spanish Minister José Manuel García-Margallo.

Galaz lived the last three years in Mexico City. She was abducted from a taxi and forced to pin money. The following day the kidnappers contact the family with a ransom demand.

Angel Maria Villar has, since 1988, chairman of the Football Association. He was previously in the race to succeed Michel Platini as UEFA President.