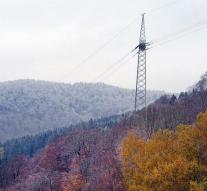 marrakech - The next climate summit in Germany in November 2017. This Wednesday reported on this year's conference in the Moroccan Marrakech. Germany is, moreover, not the chairman of the conference, because that is Fiji.

Among the participants was also Wednesday US Secretary of State John Kerry. The US government pursues the following objectives of the Paris climate agreement last year. The Republican government which takes office January 20 under the new president Donald Trump in Washington, does probably not. Many Republicans from the right wing of the party, including Trump, argue that there is no evidence of global warming through the acts and omissions of people.

Kerry said Wednesday in Marrakesh that nearly all researchers and scientists, like the vast majority of the American population, are convinced that greenhouse gas emissions must decrease dramatically. If not, follow catastrophic, said Kerry. He called to the successors of the current government will soon no hasty decisions in the climate.