Home / World / New Zealand wants to expand spies, but can not find them 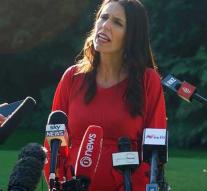 wellington - New Zealand wants to expel Russian spies out of solidarity with Great Britain, but can not find them.

More than a hundred Russian diplomats who might do intelligence work have been expelled by Western countries in response to the assassination attempt on former Russian double-spy Sergei Skripal and his daughter Julia.

The Wellington government condemned the attack and supports international action, but says there are no such 'Russian agents' in the country.

'There are no individuals here in New Zealand who meet the profile. If there were, we would have taken action earlier, 'said Prime Minister Jacinda Ardern according to the British newspaper The Guardian.

The Russian ambassador has been called to the 'serious concerns' to bring.