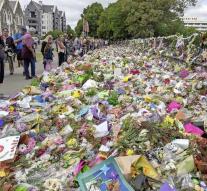 wellington - New Zealand Prime Minister Jacinda Ardern has announced that a royal commission of inquiry will look at the attacks on March 15. Among other things, the actions of the…

Such investigations are only carried out for very important cases. According to Ardern, it is an appropriate response to the attacks.

'It is important that all information about this matter comes out. Also about whether there were possibilities to prevent the attack, 'says Ardern.

During the attacks on two mosques, 50 people died and dozens more were injured. The schu50 people around the leventter have been arrested and locked up.