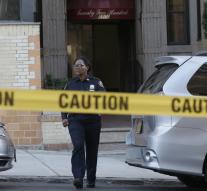 - For the third time in three months in New York threw a baby out a window and deceased . It was a girl of six months. Her mother was arrested , but according to the police do not suspect that she threw her daughter.

The girl was found unconscious in the street Thursday afternoon at an apartment building in the borough The Bronx . She was taken to a hospital , where she died . End of September, in New York in a newborn baby thrown from a window .

The umbilical cord was still attached to the girl. The mother is suspected of murder. In August, survived a boy of month falling from the fourth floor of an apartment is not. He was also thrown out of the window , and also in this case, the mother was arrested.