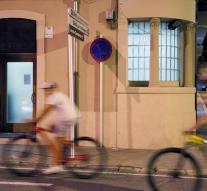 ripoll - During the investigation into the attacks in Catalonia, the Spanish police have again searched for a house in the northeastern town of Ripoll. Two bags and a box of material were seized, according to the Spanish newspaper La Vanguardia.

Witnesses knew that they heard 'noise' in the house searched by the police. It is not known whether people have been arrested.

A number of suspects of the attacks came from Ripoll. Among them was also an imam. He would be the main responsibility for the radicalization of the young perpetrators of the attacks in Barcelona and Cambrils. As a result, fourteen people came around and fell about 120 injured.