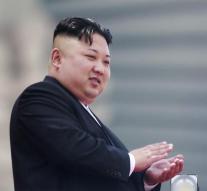 brussels - The EU has added nine people and four organizations to the sanctions list for North Korea. This is happening in response to new UN measures following recent country missile missile testing.

The list now includes the FTB North Korean state bank. The UN Security Council agreed on new sanctions against Pyongyang on Saturday. The council voted unanimously for a resolution on, among other things, restricting exports by North Korea.