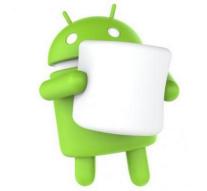 - More than one million Android smartphones infected with Gooligan, a new malware variant. According to the security company Check Point Software attackers use malware to steal sensitive information from Android devices. Think of data from Gmail, Google Photos and Google Drive.

At the moment there seems to be no major data theft. The hackers behind Gooligan seemed to use the access to Android smartphones and the associated Google accounts to post fake reviews in the Google Play Store. Google says the vulnerability is exploited by Gooligan to be informed and to work towards a solution. The critically acclaimed two-step authentication system that allows you to protect your accounts is of no use in the case of Gooligan, the malware circumvents that system.

If you only apps from the official Google Play store picks corpse you having to worry yet. The apps that Gooligan is put on Android devices come from the illegal circuit. Even if you use a new version of Android, there seems little to worry about.