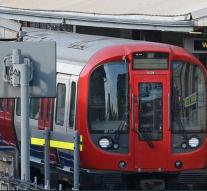 london - The metro in London is suspended on Friday afternoon due to a new incident between High Street Kensington and Edgeware Road.

Earlier this day, 22 people were injured in a 'terrorist attack' when a homemade explosive plunged into the subway.