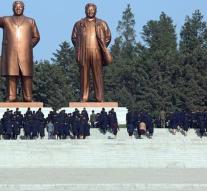 Immediately, a total ban on EU investment in North Korea and on the sale of crude oil and petroleum products is in force. North Korean workers in the EU can still transfer up to 5000 euros to their home country. Work permits are no longer extended.